Industrial mixers for creams and masses

Premium special mixers with transport bowl and bayonet head for the use of various mixing tools: DIOSNA PSPVW 160, PSPVW 200, PSPVW 240

The PSPVW combines the advantages of a classic mixer with those of a planetary mixer – stirring, mixing and beating of all-in-masses, sand and quark masses, creams, fillings and pudding.

The machine is controlled by touch screen. For each recipe a program can be deposited. The bowl and tool speeds are separately controllable.

One big advantage of the machine is the large amount that can be produced in one batch. A cheesecake recipe of more than 200 kg can be weighed and added in a single batch instead of in several batches. The one-time weighing and serving in one step saves a considerable amount of time. 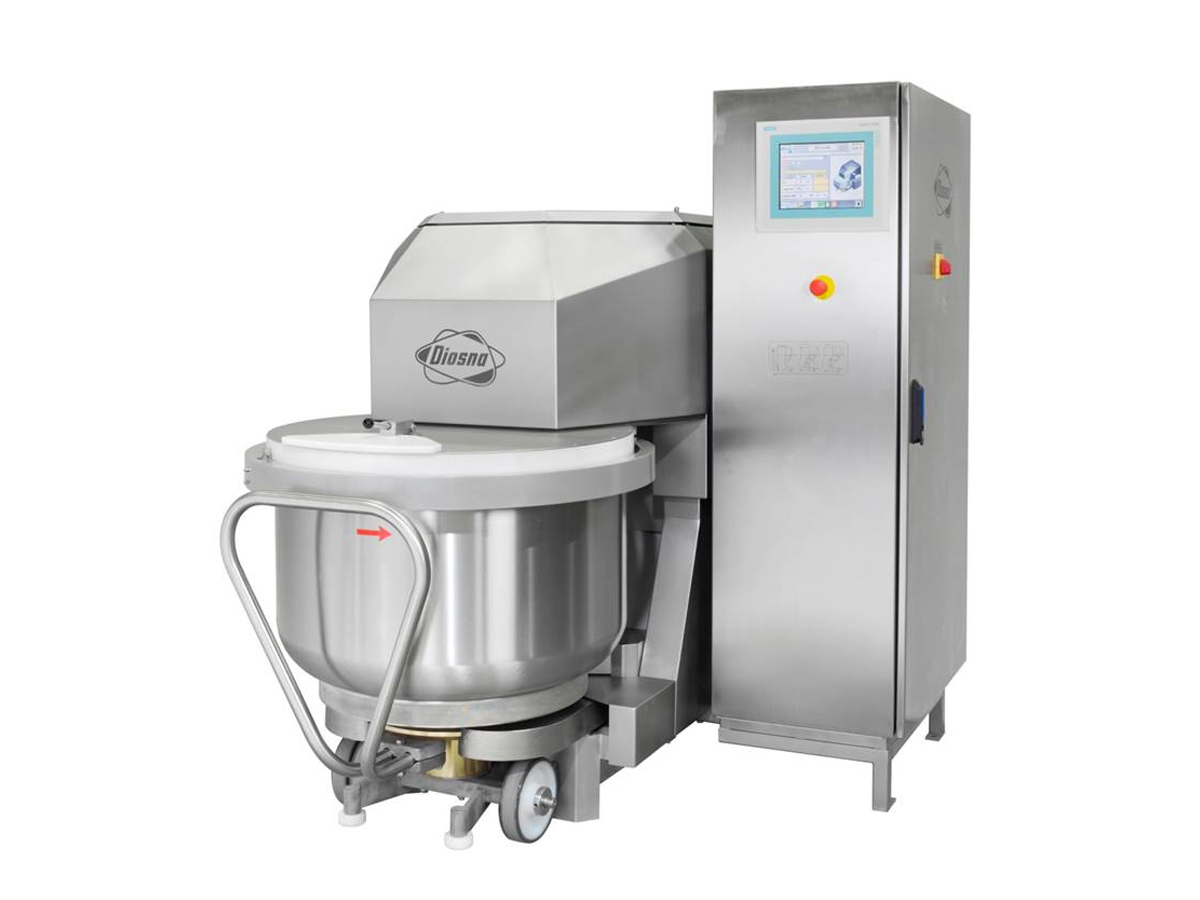